This blog was written by Peggy Dorf, author for DAT.

When you can’t find a high-paying load, would you accept a low rate to avoid driving empty?

I asked that question in a quick poll on the Rate Per Mile Masters group for truckers on Facebook, and the vote was overwhelming: No way. Almost 400 respondents said they’d rather deadhead, compared to 23 who would take the low rate and 14 who might do it if it worked with their schedule.

Brokers take note: That’s more than 9 out of 10 independent truckers who refuse to haul anything they consider to be “cheap freight.”

This was not a scientific survey, but it’s still revealing. Many truckers will choose to deadhead rather than waste time searching for a low-paying load. 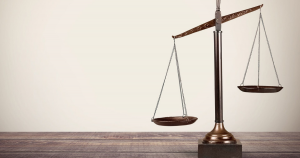 Rates are often out of balance on a lane pair, so the load in one direction pays a lot more than the return trip. Often, a trucker will end up with a decent average rate for the roundtrip. But when the truck is stuck in a dead-end market like Miami or Salt Lake City, there will be more competition for a relatively small number of outbound loads.

On lanes that head into one of those dead-end markets, it can be hard to find a load to get you home, and when you do, the rates are usually very low. Those lower-paying lanes are called the “backhaul,” which is a dirty word to many truckers: B***haul. OOIDA doesn’t even let me say it on the radio. I kid you not. Bleep.

On some lanes, the headhaul direction is always the same: Los Angeles to Phoenix pays more than Phoenix to L.A., and Philadelphia to Boston pays better than Boston to Philly — that is if you can even find a load out of Boston. That price difference means that the destination market has more consumers than producers. Phoenix doesn’t generate a lot of freight compared to L.A., and Boston doesn’t generate a lot of freight, period.

On a few lanes, the headhaul direction changes in peak seasons. For example, in many years Miami to Atlanta becomes a headhaul for reefer loads during a few glorious weeks in the spring. Truckers monitor the load-to-truck ratios on DAT Hot Market Maps to assess these seasonal shifts.

Take the backhaul with you

Rate Per Mile Masters founder Chad Boblett, of Boblett Brothers in Lexington, KY, makes every effort to “take the backhaul with me” when accepting a load into one of those quiet markets. Boblett explains that he needs to be paid enough on the headhaul to compensate for deadheading out.

Another Rater Per Mile Masters member agreed: “I will always make enough going into a dead zone to come out empty,” he wrote. “I’d never take a cheap load, no matter what the lane!”

His main objective was to avoid “wasting hours loading and unloading, and burning more fuel on cheap freight.” But he and other truckers also wanted to set an example for freight brokers by refusing to haul at a low rate.

“If the rate keeps getting turned down, the rate goes up,” said another small carrier. “If you keep hauling it for $1.00 [per mile] then it keeps the rate on that lane at $1.00.”

Other carriers consider that a low-priced haul may sometimes be worthwhile. “I keep in mind that time equals money,” said Sammy Lloyd, of Lloyd Trucking in Chattanooga, TN, an independent motor carrier. “Rolling at $1.50 per mile today is more profitable than $2.00 per mile tomorrow.”

Lloyd recommends researching market trends and scheduling loads in advance: “Pre-booking my next load helps me cut down on wasted time, and time management is very important in this business,” Lloyd said. “With good planning during my week, I find that I can make room for an additional load by week’s end.”